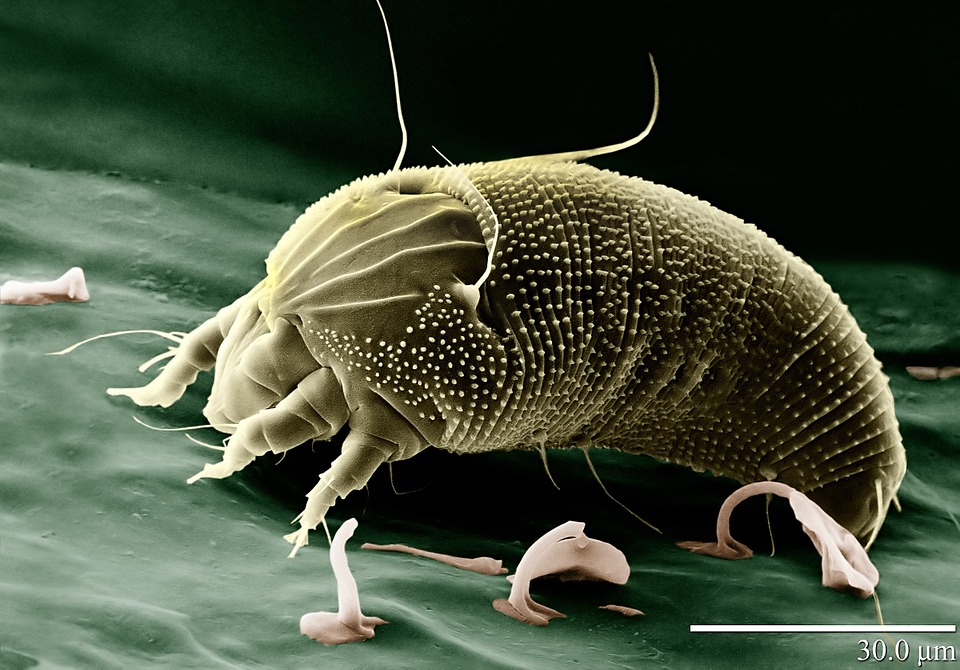 Do you suffer form acne, rosacea, psoriasis, eczema, dermatitis or balding? Well you could be the victim of Demodex mites! These are tiny mites that live in the human hair follicles and cause superficial skin diseases unlike scabies which bore deep into the skin.

The scabies mites are also highly communicable unlike the Domedex mites. They are also not easily identifiable for what they are. Domedex mites can be immediately detected when scrapings of the skin are tested. Scabies mite infections look like “Allergic Dermatititis” and can infect family and pets swiftly.

There are 65 species of Demodex mites that have been listed. Out of this large number only two infect humans. They are D.Folliculorum and D.Brevis. These mites are generally detected in facial skin, forehead, cheeks, eyelashes and external ear channels. Scabies mites on the other hand are found around flexor surfaces of the wrist and elbow, axillary folds, along the belt line, or on the lower buttocks. The face is normally not involved in Adults.

The Demodex mites feed on oils, sebum, cellular proteins, dead skin and on hormones, fluids, systemic yeast etc that are present in the follicle. They are extremely sensitive to light and do not come out during the daytime. They become active at night.

In healthy people a Demodex infestation may go unnoticed as the system does not react adversely to their presence. However, in immune deficient persons, the problem may translate into a condition known as demodicosis. This condition is characterized by itching, inflammation and other skin disorders. The Belpharitis or inflammation of the eyelids is also a condition that is associated with Demodex mites. Age is an important factor in demodex infections. Older people are more easily infected by demodex infections as the production of sebum in their body is higher. (Scabies, on the other hand, tends to infect children more).

Studies have indicated that Demodex mites are also relatable to skin diseases such as rosacea as bacillus oleronius bacteria that causes the problem is found in the demodex mites.

The best method of getting rid of both Demodex mites and scabies mites is to treat the skin with different preparations that are designed to destroy them. These include oils such as are found in Scabies-Killer.

It must be remembered in this context that Demodex mites, unlike scabies mites,  live in complete harmony with their hosts until their immune system is suppressed in any way. So one method of getting rid of demodex infection is to strengthen the body immunity and improve the health of the being.